Imagine a distant future with commercialized space travel, advanced entertainment technology…and a complete waste catastrophe. Although this might be an oversimplified summary of the movie Wall-E, what may have once seemed like far-fetched science fiction is not so distant after all (sans the trash planet—at least, not yet). NASA brought Wall-E and his robot sweetheart Eve to life, albeit with a different purpose in mind. Affectionately nicknamed after the Pixar movie characters, NASA’s Wall-E and Eve were nanosatellites aboard Mars Cube One (MarCO), the first interplanetary mission to use this class of nanosatellites called CubeSats. The CubeSats served as communications relays during the much bigger InSight spacecraft's Mars landing in November 2018, sending back data about each stage of its descent to the Martian surface in near-real time and taking InSight’s first image of Mars.

CubeSats are a type of research satellite built to standard dimensions (units or “U”) of 10 cm x 10 cm x 10 cm. They can be 1U, 2U, 3U, or 6U in size, and typically weigh less than 3lbs (1.33 kg) per U. Each CubeSat can be outfitted with a number of different individual components and systems to perform a unique function—the Rubik’s cube sized technology can be used for earth observation & traffic monitoring, science & technology education, space observation, communication, as well as meteorology applications. These satellites are employed by numerous non-profit, private, and government organizations, and their use is only expected to grow—the small satellite market is projected to reach USD 7,445 million by 2026 at a CAGR of 19.4%.

There are two distinct advantages of using CubeSats: low costs and short development times. A conventional satellite can cost between $100 million and $300 million, whereas a CubeSat can be as little as $500,000. The exact price depends on several factors such as its size, the complexity of the service being carried out, and whether it is the first CubeSat of a constellation – a collection of CubeSats launched together and connected by wires – or a replacement (in which case the price is considerably reduced). Similarly, conventional satellites require between 5 to 15 years of development before being launch-ready, while the first CubeSat of a constellation can be in space within 8 months and a replacement in as little as two.

Cost and speed savings generated by CubeSats alleviate the primary obstacles to space exploration for non-profits and small organizations, democratizing access to space. In addition, the ability to specialize them for a specific objective makes them highly attractive to universities and other research institutions, both private and public. University students even found ways to monitor and manipulate the satellite remotely as they were forced to abandon their control centers during the pandemic—they could quite literally control their very own satellite from their living rooms and bedrooms.

However, there are also several challenges stemming from the small nature of CubeSats. Their size constraints means each can carry a very limited payload, that is, the satellite’s primary function and only opportunity to deliver ROI. These smaller payloads and their electronic components are also much more sensitive to radiation than their larger counterparts. And, while the cost of a CubeSat is low, so is its longevity—the nanosatellites are typically only expected to last a few weeks, months, or years, depending on the size and payload. After they have served their purpose, the satellites in lower Earth orbit burn up as they fall back into the atmosphere, while others remain in orbit and contribute to “space trash”—the growing quantity of defunct manmade objects in space.

Large or small, there is one major challenge that all satellites face—launch costs. Launch services generally charge per unit of weight, making lightweighting a priority for all spacecraft developers. One the primary ways to do this is to replace metal parts with light-weight composites, retaining strength but lowering weight and therefore launch cost. HX5, Alpine Advanced Material’s flagship nanocomposite material, is as strong as aluminum 6061-T6 and half the weight. This ultra-light and mechanically superior nanocomposite is designed to be the most capable, versatile, and best-in-class space-grade option for high-performance installations. The material also boasts resistance to outgassing, UV light, and gamma radiation, making it particularly well-suited for space.

Although NASA’s Wall-E and Eve are now millions of miles from Mars, their guinea pig mission has been followed by rapidly improving CubeSat technologies, with numerous launches of both independent satellites and satellite constellations. Here are a few recent missions and what they aim to find: 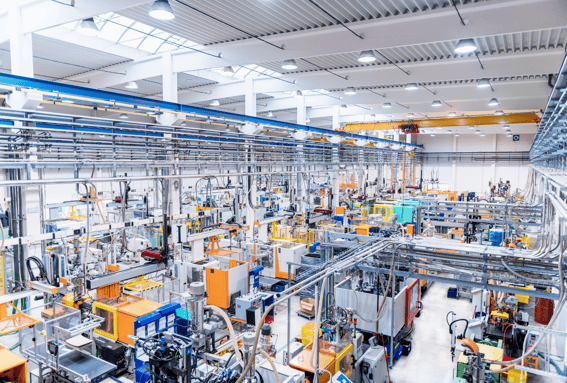